New Approach Montana gathered enough signatures to get two initiatives added to the ballot in November. Earlier in the week, we put up a poll to see where Montana voters stood on the issue.

Here are the results from the poll.

According to people who took the poll, 79.38% are in support of recreational marijuana legalization in Montana, with only 19.59% in opposition. Only one person was undecided. To be honest, we were surprised by the results.

If you haven't voted in the poll, please feel free to do so.

If you have any questions about voting in Montana is the upcoming election, you can find out everything you need to know here.

Montana I-190 will also be on the ballot in November. Montana I-190 is the Marijuana Legalization and Tax Initiative.

How will the tax revenue help Montana?

According to New Approach Montana, if Montana voters support the initiatives, legal marijuana sales are estimated to generate over $236 million for Montana from 2022-2026. That's according to a recent study published by the University of Montana's Business Bureau of Economic Research.

In 2022, sales of recreational cannabis to tourists will generate almost $5.9 million in tax revenue. By 2026 the projected revenue could climb to $16.8 million.

The revenue will be used to: 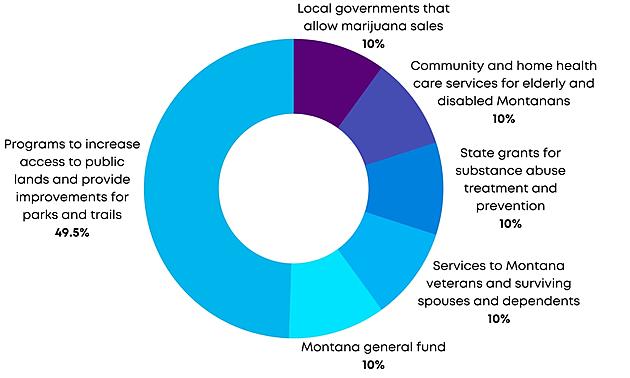